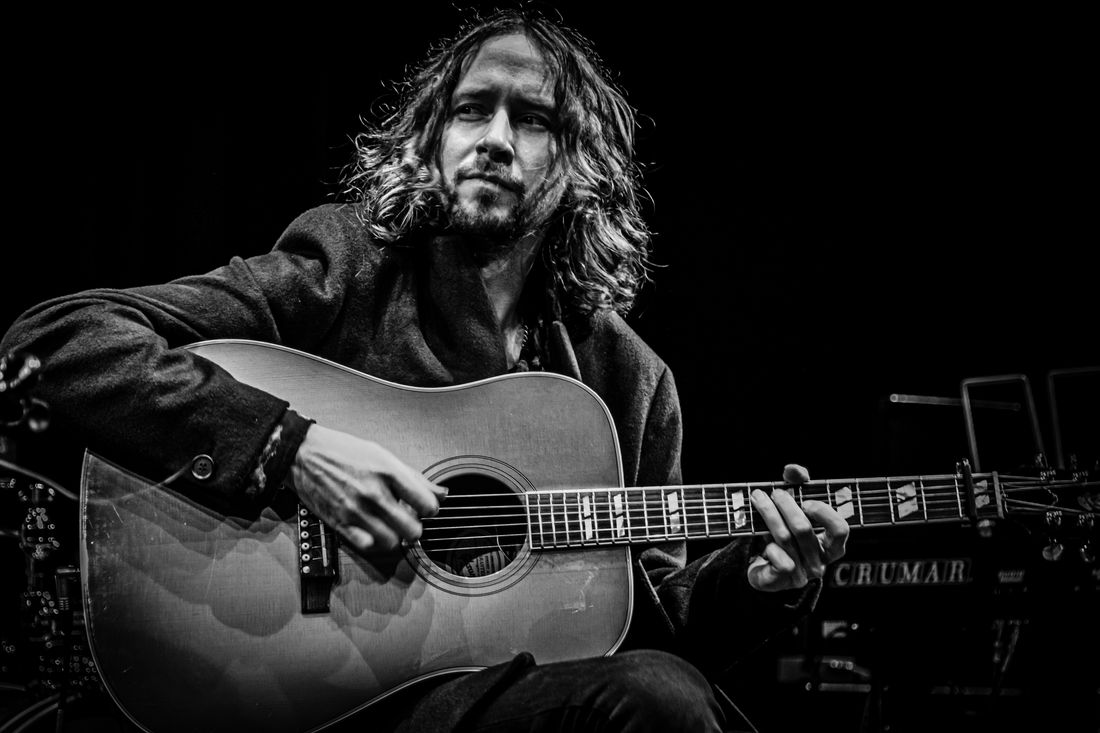 Adam Sweet’s transition from respected Devon based guitar-slinger to fully-fledged independent blues/rock artist has really gathered pace since the release of his second studio album 'Sink or Swim', and in January 2023 Adam and his band were voted Introducing Stage Winners at The Great British Rock & Blues Festival.

Taking his cue from the British blues boom sounds and rock riffs of the 60s and 70s, the independent blues-rock guitarist and singer-songwriter has carved out his own territory between classic rock, blues and Americana. Since first taking to the live scene in the South West of England at the age of 15 he has worked in various guises: solo acoustic, session player and with his own bands. The result is a consummate ability to switch from sensitive singer-songwriter to full-on blues rocker with ease, as demonstrated in his countless live performances and his output as a recording artist.

Sonically, Adam is a guitar-slidin' force of nature whose songs can fill a hall with their effortless verve. Ranging from quietly desperate blues tunes to careening full-tilt rock, his approach is a testament to the idea that less can, in fact, be considerably more. A young bluesman with an ancient soul and a large presence in the here-and-now.

Notes to Bookers, Promoters and Venues

Adam is nothing if not versatile. He performs acoustically as a solo artist in his own right and as a support act, as a duo with double bass, or with his full band in power-trio format or as a 4-piece with keys. Please get in touch to discuss.

Adam’s acclaimed solo performances with just his acoustic guitar and stomp box for company have seen him play every kind of venue, from the most intimate house concerts and bar rooms to theatres and festivals across the UK and into mainland Europe. In this format he has supported dozens of bands and artists from Blues, Folk and Americana genres including Dr Feelgood, Sari Schorr, Laurence Jones, Beth Rowley, Martin Taylor, Cara Dillon, Chantel McGregor, Elles Bailey and Wille & the Bandits. Festival appearances in this format have included Tenby Blues, Gloucester Blues, Trowbridge Folk, Sidmouth Folk and five times on the Acoustic Stage at Upton Blues Festival.

Alongside Ian is Garry Kroll on drums, who is currently one of the UK’s most in demand session players and his touring and recording credits include Mark Ronson, Joss Stone, Sandi Thom, Elles Bailey and Andrea Bocelli.

The band can also come as a four-piece with the addition of Hammond organ.

"One of the most promising acts I've seen in a while. Not the usual formula blues/rock, this guy offers something just a little bit different with hooky songs, great playing and a decent vocal. I WILL be keeping an eye on this guy's progress and catching him again as soon as I can" - Alan Bates (live review)

“Sink or Swim is a stunning album." - Alan Cackett

"Adam Sweet is an undiscovered gem and “Sink or Swim” is a real showcase for his talents lyrically, musically, and vocally." 9/10 - Maximum Volume Music

"If you love your vintage rock you’ll struggle to find any kind of fault with Sink or Swim.” - Slim Chance

“There is an honesty and integrity to Sweet's delivery that is very compelling and avoids obvious cliché. One of the most enjoyable recordings I've come across this year”  - Fatea Magazine

"What runs through the core of all of these songs is a strong sense of authenticity and absolutely honesty that, along with the excellent riff work, is utterly infectious." - Listen with Monger

"A singer songwriter who has the chops, the phrasing and evocative songs to make ‘Sink Or Swim’ a splendid example of contemporary roots rock." - Get Ready to Rock

“’Like It or Not’ cements Adam’s reputation for delivering some of the sweetest blues this side of the Mississippi.” - Jazz Jurassica

“With Adam providing suitably laid back vocals and a divine guitar solo this is pretty much flawless, you could leave it on repeat all day and never tire of it.” - w21 Music

“A very talented young man who's not quite getting the credit he deserves at the moment. He's right up there with Connor Selby and a few others. I like it Adam!”  - Harry Simpson (Still Got the Blues Radio Show / Saltburn Blues Club)

“Adam's gift is timeless, and his is the sort of voice you'll want to live with, the sort that'll only get deeper and stronger as the years wear on.” - The Blues Magazine

“He is simply among the most original and visionary young musicians currently on the cusp of widespread discovery.”  - Alan Cackett

“Adam Sweet’s one of those undiscovered talents that, if there were any justice, would have been swept up by Jools Holland’s researchers long ago.” - Acoustic Magazine

"The vocals are just beautiful. If you haven't heard 'Take Your Time' then we invite you to take your time & listen again!" - BBC Introducing in Devon

"It may be a blues album but there is so much originality in the feel of the songs and playing that it offers a whole new perspective on the genre. We urge you to check this out!" *****     -  Album of the Month -
- Guitar Techniques Magazine